This doesn’t have to be elaborate. Here’s an example from when I was doing CMMI (Capability Maturity Model Integration) appraisals: I led a team of 13 people. We had a lot of work to do in a concise period of time, and it was intense. I had one person on the team; we’ll call her J., And midway into the work, we had another person come onto the team; we’ll call her H. And suddenly, there was this territorial tension in the room. And I thought, In today’s world, how on Earth am I going to handle this one?

Well, all I did was meet with each of them for about 20 minutes in a side room, and I just thanked them. I recognized each of their unique situations. For instance, with one of them, I said, “I know you’re dealing with some health issues that are not small, and I’m happy that you can still be a part of this, and I think I speak for everyone else, too.”

And that tension in the room? It went away! I didn’t need some brilliant strategy. I didn’t have to say some magical things. I just gave each of them some special moments.

It’s so powerful when we give people the time of day, and it’s so rare that it happens!

John: To get people’s full attention and best performance, you have to recognize their dilemmas and somehow be able to show you are concerned and taking action. You can invest literally 90 seconds in a meeting, and you can shift the perspective and kind of light up or ignite people.

John: I believe what people lack and long for at work is a purpose ... and a vision. Being a leader and having a vision and mission that you actually believe in—that you stand behind, that you really mean—is a huge deal. It’s imperative.

I was just a speaker at the IEEE Aerospace Conference in Big Sky, Montana, and I ended up being the MC for our track. This is actually a fascinating conference. It’s “real aerospace,” meaning the people there are at the top of the game, in the top 5% of the world of getting things into space, managing space, orbital stuff. People from MIT, Caltech, JPL...

In probably half of the talks I went to, I heard SpaceX mentioned, and every one of the speakers said things like SpaceX told us what they were delivering was going to be within THIS window of performance. They delivered within an even smaller window. Everything SpaceX told them that the ship was going to do or the rocket was going to do. It did flawlessly. Amazing stuff.

How do they do it? Well, I talk to a lot of the young people who work at SpaceX, and they like working there. Yes, they’re there all the time. They don’t have much of a life if they work at SpaceX. But they don’t care. They love it. Why? Because they know what they’re doing and why they’re doing it. Their leader basically tells Wall Street to screw itself. He’s on a mission. They know it, and they’re behind him on it. His vision is clear.

So what’s important is having the vision—and the courage and ability to articulate it. Then people will come with you on that journey because they’re passionate about it, too.

An introduction to our insight series. 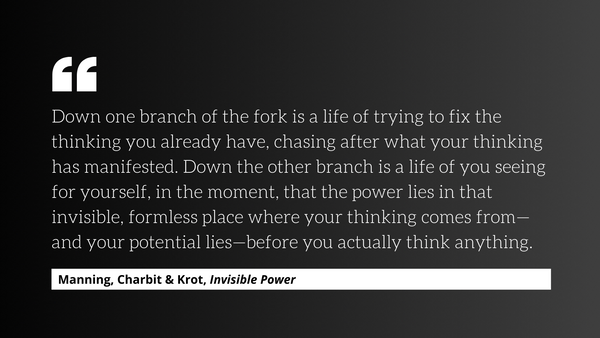 13 Forward Thinking insights on how the mind works and our invisible power. Insights from our interview with Ken Manning, President, Insight Principles. 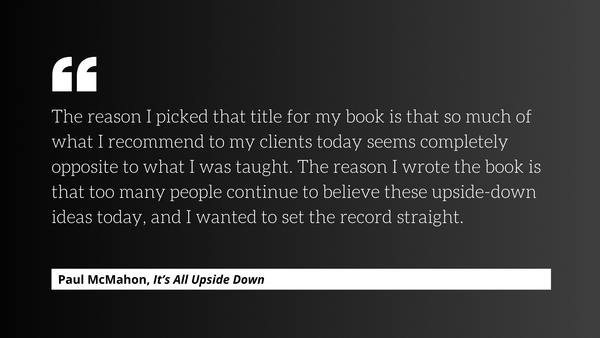 13 Forward Thinking insights on many of the things that may seem upside down from what you learned. Insights from our interview with Paul McMahon, Principal Consultant at PEM Systems.